Wost of us have had endured some very dark days in 2020, whether trying to juggle working from home alongside schooling children, worrying about how to pay the bills as a consequence of unemployment or, like me, attempting to balance scientific research alongside clinical work in the fight against Covid-19.

As a scientist, I firmly believe that scientific progress will provide the exit strategy from this pandemic. But I’ve often worried that we may not be able to achieve what’s needed to prevent the spread of this virus, or that doing so would take a very long time. Never have I been happier to be proved wrong.

Britain is the first country to authorise emergency use of a vaccine for Sars-CoV-2, the virus that causes Covid-19. So how did we get here so quickly? To gain the seal of approval from the Medicines and Healthcare products Regulatory Agency, the UK body that makes sure medicines are safe, the vaccine, developed by Pfizer and BioNTech, has been through three phases of clinical trials. In the third phase, it was administered to more than 43,000 volunteers with no serious safety concern. The data shows that the vaccine is 95% effective at preventing the development of Covid, with similar efficacy observed across age, gender, race and ethnicity groups, including older adults.

The vaccine is a messenger RNA (mRNA) vaccine, which stands for “messenger ribonucleic acid”. Messenger RNA is essentially the blueprint that living cells use to turn gene sequences intothe proteins that form their fundamental structures. Once injected, the mRNA in the vaccine is translated into a viral protein, which our immune systems detect. The body generates an immune response in reaction to these viral proteins, which can’t by themselves cause disease, and this provides protection against developing Covid-19.

In the field of vaccine research, this kind of technology is entirely new. Some scientists were sceptical that mRNA vaccines could provide the key to controlling this pandemic. But mRNA vaccines are surprisingly straightforward: they’re just a smart way of getting a viral protein to generate an immune response, and after a few days the mRNA is degraded by the body, leaving behind only immunity to Covid.

To generate a good immune response, two doses of the vaccine will be given 21 days apart, with recipients protected from about a week after their second dose. To avoid unnecessary delays the MHRA, with advice from the Commission on Human Medicines, the government’s independent expert scientific advisory body, has undertaken a rigorous “rolling review” of data about the vaccine as it became available from continuing studies. This showed the vaccine was safe, and it has been approved for use in the UK population as of next week.

The European commission had recommended that member states wait for approval from the European Medicines Agency (EMA) before authorising the vaccine, which is expected to arrive later in December. But despite the claims of some ministers that Brexit played a role in the UK’s ability to quickly approve the vaccine, this isn’t true: under EU law, national agencies in Europe are permitted to use emergency procedures allowing them to domestically distribute a vaccine for temporary use. The MHRA, which is considered the world leader in the regulation of medicines and vaccines, confirmed this in a recent statement.

The UK has already purchased 40m doses of the vaccine, with 800,000 due to be rolled out to some of the most vulnerable people in our society through a network of more than 50 hospitals. The NHS and government departments have been working on the logistics of the programme for some time. First in line to receive the vaccine are people most at risk of mortality and morbidity from Covid-19.

The Joint Committee on Vaccination and Immunisation (JCVI) issued a revised vaccine priority list on 2 December, based on the phase of the pandemic we’re in. The JCVI has determined that the best strategy is for older adults – especially those in care homes and their carers, as well as frontline health and social care workers – to be the top priority in the first phase of the vaccination programme. Clinically extremely vulnerable adults, many of whom have spent this year shielding indoors, have been moved higher up this list since the JCVI’s last guidance was published, and will now be fourth in line to receive the vaccine.

Once the most vulnerable people have been vaccinated, the plan is to vaccinate those who are at increased risk of exposure to Covid-19 because of their jobs, such as first responders, teachers, transport workers and the military. This phase of the programme may alter over time as more data and information becomes available about the impact of the pandemic and the vaccine.

The greatest remaining challenge is whether we are all willing to accept and trust the vaccine. Some worry that, in order to have made a vaccine so fast, corners must have been cut. But they really haven’t been. Others have been concerned that mRNA vaccines represent a new technology that could potentially alter the DNA of the recipient – again, this is untrue. It’s certainly the case that vaccines have taken years to develop in the past, but most of that time was often not spent undertaking clinical trials, but raising the money for trials to take place, negotiating contracts and applying for regulatory approval. Historic vaccine trials have rarely taken place during a pandemic like this one, while millions of people are being exposed to infection on a daily basis and thousands of them are keen to participate in trials.

Despite the many horrors of 2020, there have been benefits – we have learned that if you divert an almost limitless amount of funding and focus a large proportion of the world’s scientists, regulatory bodies and other critical infrastructure towards a single endeavour, you can achieve extraordinary things very fast. For me, the question is not how have we managed to achieve a vaccination for Covid-19 in such a short period of time, but rather: why have we not yet managed to make the same impact on diseases such as tuberculosis, HIV and malaria, which have been killing millions of people for many years? And what could happen if we turned this urgent global effort towards the other challenges we face – such as environmental breakdown, or the insidious creep of antimicrobial resistance?

Much as we hate to admit it, humans are not entirely rational creatures. Many of our fears about vaccines will not be abated by people presenting us with scientific data. We make decisions like this based largely on whether we trust the advice we are being given. I could deluge you with research data about why the vaccine is safe, but I suspect the most useful thing that medics and scientists can do is to urge people to say yes to the vaccine when it is offered. And when my turn comes, you will find me waiting impatiently in the queue for my vaccination. 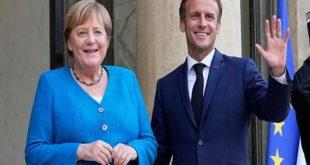 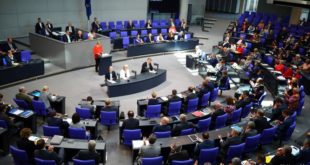 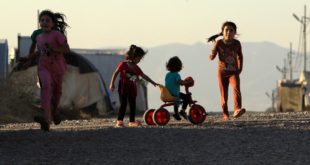 Against the backdrop of the 9.0-magnitude man-made earthquake that was the disastrous US pullout from Afghanistan, two Christian leaders, Pastor Johnnie Moore and Juliana Taimoorazy, convened a news conference last week under the auspices of the Simon Wiesenthal Center.