The killing of more than 100 anti-coup protesters in Myanmar has drawn global outrage, with defence ministers of 12 nations condemning the military.

The US accused the security forces of a « reign of terror » on Saturday, the deadliest day since last month’s coup.

On Sunday, funerals were held, with some reports the military had tried to intervene in the mourning.

More than 400 people have now been killed in the suppression of protests in Myanmar since the 1 February coup.

The military seized control of the South East Asian country after an election which Aung San Suu Kyi’s National League for Democracy (NLD) party won by a landslide.

What has the international response been?

The defence chiefs of a dozen nations, including the UK, on Sunday issued a rare joint statement condemning the military’s violent actions.

The US, Japan and Australia were also among the signatories of a statement that said: « A professional military follows international standards for conduct and is responsible for protecting – not harming – the people it serves. »

Security forces opened fire in more than 40 locations on Saturday. The commercial centre, Yangon, saw dozens of deaths, but killings were recorded from Kachin in the north to Taninthartharyi in the far south.

The US said it was « horrified » by the killings. Secretary of State Antony Blinken accused the military of « sacrificing the lives of the people to serve the few. »

UN Secretary-General Antonio Guterres said he was « deeply shocked » by the violence, and British Foreign Secretary Dominic Raab called it a « new low ».

China and Russia have not joined the criticism, which means taking action through the UN Security Council – where they have vetoes – could be difficult.

Why did the generals attend a gala?

The luxury military party on Saturday was held to mark the annual Armed Forces Day, which commemorates the start of Myanmar’s military resistance against Japanese occupation in 1945.

The event drew an angry response from some on social media, including Burmese activist Maung Zarni. 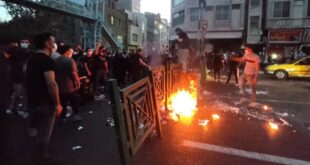