The source told the AFP news agency on Monday that despite Hossam’s jail time being cut, she was also fined 200,000 Egyptian pounds ($10,740) by the Cairo Criminal Court.

The targeting of female influencers has rekindled a heated debate in Egypt over what constitutes individual freedoms and social values.

Hossam was first arrested in 2020 and, along with another influencer named Mawada al-Adham, was sentenced to two years for “attacking society’s values” in online videos. She was detained after posting a video on Instagram explaining how women could earn up to $3,000 by broadcasting videos using the video creation platform Likee, which authorities interpreted as promoting women selling sex online.

Adham received a six-year sentence and a 200,000-pound fine. She is still behind bars.

Hossam’s lawyer Hussein al-Baqar confirmed to AFP that the sentence had been reduced. As she has already served 21 months including time under investigation, “she can be released in June or July”, Baqar said, adding the latest sentence could still be appealed.

Her case returned to court under a routine process because she was no longer in absentia.

The targeting of women in media is not unusual in Egypt, where several belly dancers and pop singers have been targeted in recent years over online content deemed too racy or suggestive.

Egypt has over the past few years enforced strict internet controls through laws allowing authorities to block websites seen as a threat to national security and to monitor personal social media accounts with more than 5,000 followers.

Monday’s ruling “means that the justice system is criminalising what influencers globally do every day when they invite others to work with them and monetise TikTok activity,” Mai el-Sadany, managing director of the Washington, DC-based Tahrir Institute for Middle East Policy, wrote in a Tweet.

“There are real and serious cases of human trafficking that must be prosecuted – these TikTok cases are not it.”

“Women TikTok influencers are being punished for the way they dress, act, influence on social media, and earn money online,” said Amnesty International researcher Hussein Baoumi. “This is part of the authorities’ attempts to control cyberspace by policing women’s bodies and conduct.” 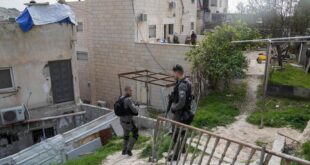 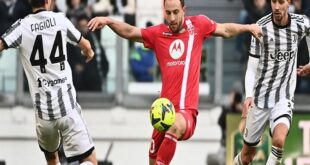