Rumours abound that the actor who played the blind crimefighter has been spotted on the set of Spider-Man 3. His reappearance would be a smart move.

It almost comes as a shock, in the era of Disney+ and multitudes of superheroes finding their way to the mouse house’s streaming Shangri-La, to recall that shows such as WandaVision and the forthcoming Loki will not be the first occasions we have seen Marvel’s costumed crimefighters on the small screen. Once upon a time it was ABC’s Agents of Shield and a quintet of New York-set Netflix shows, Daredevil, Jessica Jones, Luke Cage, Iron Fist and The Punisher, that were getting the headlines.

The former was recently cancelled after seven seasons, while the Netflix shows wound up in 2018 after a middling crossover event titled The Defenders. Despite occasional weaknesses – Iron Fist almost singlehandedly revived the painfully outdated “white saviour” motif, while Luke Cage and The Punisher struggled to retain interest after bravura openings – there was much to like about this slightly more rugged and grownup take on the Marvel universe. The problems faced by Matt Murdock, Cage and Jones on the streets of Manhattan were generally more down to earth than those of their big-screen counterparts: corrupt criminals or kung fu kicking gangs rather than alien invasion or maniacal super-robots.

This made more sense for the modest budgets Marvel Television had to work with: it’s a lot cheaper to choreograph endless martial arts battles in New York warehouses than it is to depict costumed titans fighting off the latest interdimensional interloper, or flitting off to other worlds. (Interestingly, this is a problem Disney+ is already starting to experience: early episodes of WandaVision already suggest the show will take a less ambitious approach than we have been used to when watching Scarlet Witch and Vision in the multiplexes.)

And yet if Marvel is already so keen to grab the best heroes and villains from another studio’s Spider-Man movies (Sony’s Tobey Maguire and Andrew Garfield-led films), there ought to be a place for the choice characters from the Netflix shows to join the MCU? Rumours this week suggest this might just be happening: Charlie Cox, AKA Matt Murdock/Daredevil, has apparently been seen on the set of the forthcoming third Tom Holland Spider-Man flick, setting off a wave of speculation about whether New York’s blind lawyer turned crimefighter might be returning.

Daredevil was always the most likely “street-level” superhero to make the leap to more illustrious territory: Cox was a classy heavyweight in the role and the series was probably the best of the Netflix shows (with the possible exception of Jessica Jones’s superb first season). Moreover, Daredevil isn’t a minor player in the comics – for many British fans, his adventures were the first Marvel stories we came across in the 1980s – alongside such lost classics as Captain Britain – and he regularly interacts with Tony Stark et al in mainstream American print titles. Had it not been for the abject failure of the Ben Affleck-led Daredevil movie in 2003, the superhero would likely have already made an appearance in the Avengers films.Advertisement

Murdock’s arrival in Spider-Man 3 also makes sense because the webslinger is the Marvel superhero who is the most everyday, the most mundane: dealing with being an ordinary New York teenager. Murdock is also used to providing succour for those in need via his courtroom skills, though you wonder quite how he’s going to help Parker survive being publicly outed as Spider-Man by Jake Gyllenhaal’s mock Mysterio in Far From Home.

If Murdock does appear, the odds are on his appearance being a virtual cameo. The next Spider-Man movie is heavily rumoured to deal with the multiverse, with the possible appearance of Maguire and Garfield as alternate versions of the wisecracking wall crawler, a la the Oscar-winning animated smash Spider-Man: Into the Spider-verse. Daredevil isn’t going to be the go-to guy to help Parker navigate such head-spinning, far-out territory, so we can probably assume he’ll make a fleeting appearance.

Even so, Murdock’s debut would be a nice nod to those of us who stuck with the Netflix shows through all their ups and downs. And Daredevil belongs in this hallowed company. Perhaps there might be a place in the MCU for Jones, Cage and Iron Fist too, at some stage. The return of Vincent D’Onofrio as Kingpin would be very welcome, especially after the oversized supervillain lit up Sony’s Into the Spider-verse.

Of course, we really do have to draw the line somewhere. Just don’t – please – go crazy and bring back Colin Farrell’s godawful Bullseye, OK Marvel? Despite the studio’s current apparent willingness to rehabilitate and revive pretty much every supervillain under the sun, no matter where they started out, there remain some older adaptations that really are best left forgotten. 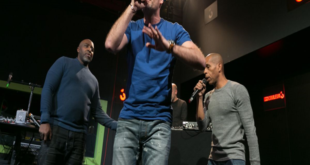 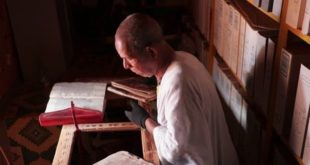 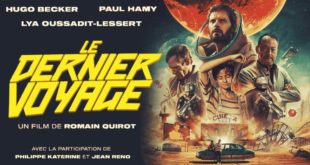 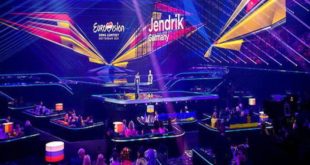