Qatar will soon make history. On Sunday, it will become the smallest country ever to host the world’s biggest sporting event. To appreciate the contrast, think of the vast countries that hosted the previous two iterations of the FIFA World Cup: Russia and Brazil.

FIFA President Gianni Infantino has called for all parties involved to “engage” during this year’s World Cup, as he questioned criticism of the event.

On Sunday, Qatar will become the smallest country ever to host the world’s biggest sporting event.

FIFA President Gianni Infantino has accused Western critics of hypocrisy at a media briefing a day before the World Cup kicks off in Qatar 👇 pic.twitter.com/AaN9QOISFn

As postcolonial scholars have argued, the Euro-American imagination has long dictated what is “good” while determining how the Oriental “other” is represented.

The Qatar World Cup is about to shatter colonial myths.

Stakes high for US vs Wales opener

The United States and Wales will head into a high-stakes World Cup clash on Monday that could decide one of Group B’s two qualifiers.

The two teams have played each other only twice, both in friendlies. The match will take place at the Ahmad Bin Ali Stadium at 22:00 local time (19:00 GMT).

Wales are playing in the World Cup finals for the first time in 64 years, while the US return after failing to qualify for the 2018 edition.

Which country has the best chant? 🎵#FIFAWorldCup | #Qatar2022 pic.twitter.com/A7iVTBitgG

Can an African team reach the World Cup 2022 semi-finals?

There has been an unmistakable glass ceiling over Africa at football World Cups.

In reaching the quarter-finals in the 1990 World Cup, Cameroon set a benchmark that has not been bettered yet.

Senegal and Ghana also reached the last eight, in 2002 and 2010 respectively, but the continent’s tale of the tape on the global stage has been one of relative underachievement.

Read more about what it will take from an African team to reach the World Cup semi-finals here.. 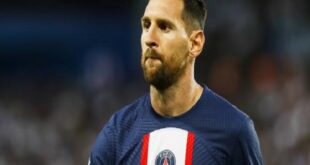 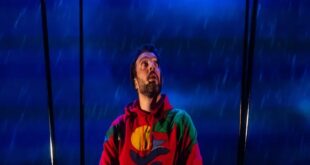