View on China’s pandemic: the price of zero-Covid

More than two years after China imposed the world’s first Covid-19 lockdown, in response to the virus’s emergence in Wuhan, tens of millions are stuck at home once more. With cases at their highest since early 2020, the leadership is wedded to its zero-Covid strategy. For much of the pandemic, it allowed most people to live without restrictions within the country’s borders, and it certainly saved countless lives. Officially, mainland China’s death toll has remained under 5,000, despite a population of more than 1.3 billion; the UK, with 67 million inhabitants, has seen 165,000 deaths. But vaccines have offered an alternative, the transmissibility of Omicron makes it less feasible in the long term, and the economic and human costs are becoming less tolerable.

Officials are now struggling to straddle two diverging goals: to control infections while shoring up the economy – one new study suggests lockdowns are costing at least $46bn a month. A “dynamic zero-Covid” approach of targeted restrictions, mass testing and isolation seeks to allow the swift relaxation of controls and minimisation of disruption and economic shock. Its biggest test to date may have arrived. Early on Monday, Shanghai – the country’s financial centre and home to 25 million residents – began a two-stage lockdown. The half of the city east of the Huangpu river is under tight restrictions until Friday, with mass testing (8 million in one day reportedly) and isolation of those found to be positive; it is then due to reopen while the other half closes.

The country was the first to use lockdowns, and may well be the last. But as the social and economic costs become clearer, it is tweaking its tactics.

The leap in cases should be put into context. Earlier this year, China was reporting fewer than 100 cases a day; the 5,000-plus recorded on Monday are still a long way short of the 42,000 reported in the US that day. But Hong Kong, which earlier this month had the worst death rate in the world – recording more deaths per day than it had in the whole of the pandemic until then – has shown how quickly an outbreak can escalate. On the mainland, vaccination rates among older people are better, but the over-80s in particular are poorly protected. Reliance on a less effective homemade vaccine has come at a cost (intriguingly, there are reports that Shanghai is now supporting the import of Pfizer vaccines, though the decision will be Beijing’s). China may also be a victim of its own disease-control success, with people simply assuming they won’t encounter Covid.

Though experts are clearly keen to edge away from zero-Covid, Beijing is unlikely to abandon the strategy before the year’s end (let alone admit to doing so). One reason is scientific: by then, China hopes to have more effective domestically produced vaccines. But the primary factor is political: this autumn will see the Communist party’s national congress, where it is assumed that Xi Jinping will break precedent by claiming a third five-year term as general secretary of the party.

Social stability is paramount until then. So the country is likely to creep towards living with the virus long after others have cast off all restrictions. If that reflects an excess of caution, it also speaks to recklessness elsewhere. Living with Covid is not the same thing as pretending it does not exist. A calibration of measures makes more sense than an all-or-nothing approach. Free testing, decent sick pay, ongoing investment in prevalence studies, masking in spaces such as public transport, and improved ventilation would all help to keep rates down and protect the vulnerable. Britain, which has also seen infections surge in the last month, should take heed. 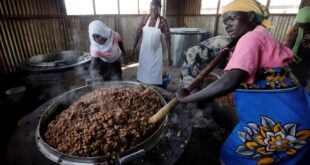 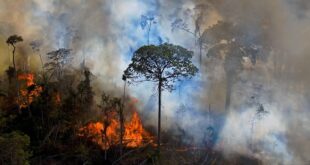 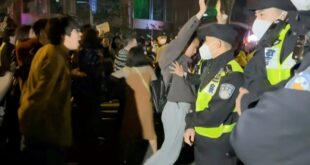 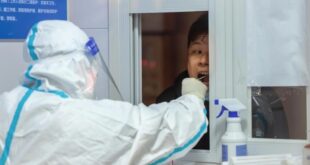 A fire that killed 10 people in China’s Xinjiang region has sparked anger at the zero-COVID policy as Beijing faces increasing public disapproval over its hardline approach to stopping the spread of the coronavirus.