why aren’t we talking about this?! #FarmersProtest https://t.co/obmIlXhK9S

Farmers have been protesting at Delhi’s borders against new farm laws.

In a statement on Wednesday, India’s external affairs ministry said parliament had passed « reformist legislation relating to the agricultural sector » after a full debate and discussion.

« The temptation of sensationalist social media hashtags and comments, especially when resorted to by celebrities and others, is neither accurate nor responsible, » it added.

Rihanna’s tweet on Tuesday linked to a news story about the internet blockade at the protest sites.

why aren’t we talking about this?! #FarmersProtest https://t.co/obmIlXhK9S

India suspended mobile internet services in three areas around the capital, Delhi, where tens of thousands of farmers are camping to protest against the new laws.

The government said the shutdown was to « maintain public safety ».

The protest made international headlines last week when a tractor rally by farmers ended in violent clashes that left one protester dead and dozens of policemen injured.

Some demonstrators stormed Delhi’s historic Red Fort and occupied it until police pushed them back.

Farmers’ groups and union leaders condemned the violence but said they would not call off the protest.

The pop superstar’s tweet to her 101 million followers sent her name to the top of social media trends in India. Her post drew a global outpouring of support.

Yes! Thank you so much @rihanna. This is a humanity issue! #IStandWithFarmers and this narrative is TIRED. ❤️ https://t.co/H0h5EM7mNW 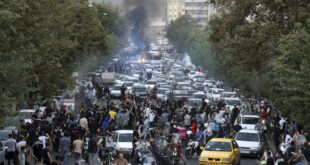