African countries are innocent victims of the war in Ukraine and Russia should help ease their suffering, the head of the African Union has told Vladimir Putin at a meeting in Sochi.

After three hours of talks, Macky Sall said the Russian leader had promised to ease the export of cereals and fertiliser.

However, he did not give any details.

Prior to the conflict, more than 40% of wheat consumed in Africa came from Russia and Ukraine.

The war has exacerbated shortages caused by bad harvests and insecurity.

Food prices have shot up across the continent since Russian invaded Ukraine 100 days ago, pushing huge numbers towards hunger.

Chad has declared a national food emergency. A third of the population needs food aid, according to the UN and the government has appealed for international assistance

Mr Sall, who is Senegal’s president, told Mr Putin he should be « aware that our countries, even if they are far from the theatre [of action], are victims of this economic crisis » caused by the conflict.

He said he was also pleading on behalf of other countries like « Asia, the Middle East and also Latin America ».

Mr Putin said exports could either go through the Black Sea port of Odessa « which is difficult because Ukrainians have to clear mines » or via the Russia-controlled port of Mariupol on the Sea of Azov, the AFP news agency quotes Mr Sall as saying.

Ukraine’s ports in the Black Sea have been largely blocked for exports since the conflict began.

Russia’s defence ministry says that vessels carrying grain can leave Ukraine’s ports in the Black Sea via « humanitarian corridors », with Russia ready to guarantee their safety, Reuters quotes the Interfax news agency as saying. However, it is not clear how these corridors would work.

Before the meeting, Mr Putin said he was always on the side of Africa, but didn’t explicitly mention the continent’s food crisis.

Like many African countries, Senegal has avoided taking sides in the conflict and the Senegalese leader also said food supplies should be « outside » the West’s sanctions on Russia. He said he had made this point when he spoke to the European Council earlier in the week.

On Friday, US President Joe Biden dismissed the idea that the West bore responsibility for the global price rises.

« This is a Putin price hike. Putin’s war has raised the price of food because Ukraine and Russia are two of the world’s major bread baskets for wheat and corn, the basic product for so many foods around the world, » he said. 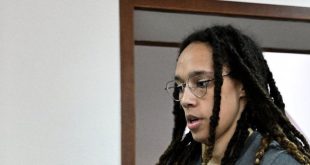 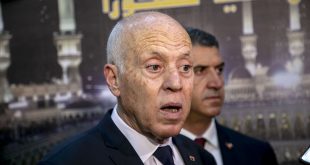 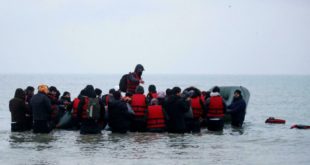 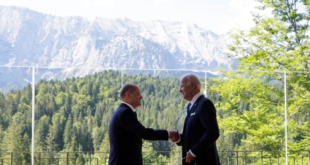