A beluga whale that became stranded in France’s Seine river had to be put down, ending a dramatic rescue mission that captivated world audiences.

Officials say vets took the decision as the four-metre (13ft) mammal was being moved in a refrigerated truck.

They had planned to release the animal in the sea but its health deteriorated after failing to eat.

« It is with heavy hearts we announce that the beluga did not survive, » Sea Shepherd France conservation group wrote in a Twitter post on Wednesday.

« We are devastated by this tragic outcome that we knew was very likely, » it added.

Meanwhile, Florence Ollivet-Courtois, a vet for the local emergency services, was quoted by the AFP news agency as saying that « the animal was not getting enough air and [was] suffering visibly. »

« We therefore decided that it made no sense to set it free and proceeded to euthanasia, » the vet added.

Experts are still puzzled as to how the whale – who had been trapped more than 100km (62 miles) inland – managed to stray so far south, away from its natural habitat.

On Wednesday, crowds were seen gathering on the banks of the river in the northern town of Saint-Pierre-La-Garenne to watch the rescue.

But interest in the whale’s survival spread far beyond France, and conservation groups and a number of individuals have made financial donations to help the rescue operation.

Belugas occasionally venture south in the autumn to feed as ice forms, but it is rare for them to travel so far from their native home.

According to France’s Pelagis Observatory which specialises in sea mammals, the nearest beluga population is off the Svalbard archipelago, north of Norway, 3,000km (1,870 miles) from the Seine.

But similar stories are not unheard of. In May, a killer whale was found dead after swimming up the River Seine in Normandy. And in 2019, a dead whale was found in the River Thames near Gravesend, UK officials said. 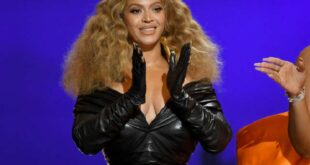 He’s not a usual suspect. He’s known for having won a Nobel prize for economics, and for writing the international bestseller Thinking, Fast and Slow, rather than for manning the barricades or wielding a placard. But this week, I spoke to Daniel Kahneman, who soon turns 89, and was shocked to hear the despair in his voice.