Why has Beijing muzzled an already toothless creature? Not because it fears its bite, but to ensure that others fear China’s power. Though Hong Kong’s legislative council offered the region a taste of democracy, its powers have always been extremely limited.

The body is dominated by pro-Beijing members, thanks to a carefully structured system for choosing lawmakers, with only half directly elected by ordinary residents. In recent years, pro-democracy politicians have been disqualified from running, or removed from the body after winning office.

That used to require judicial proceedings. Now it needs only Beijing’s say-so. On Wednesday, minutes after China passed a law allowing the removal of “unpatriotic” lawmakers, the region’s government disqualified four pro-democracy members of LegCo. The rest of their caucus resigned en masse. This summer’s imposition of the draconian national security law had sounded the death knell for Hong Kong’s autonomy. Now, the authorities no longer want even the facade of democratic debate. Carrie Lam, the chief executive – who recently said there was no separation of powers in Hong Kong – insisted there was no shame in a legislature lacking an opposition. “We are more excited when bills are passed more efficiently,” she said.

District councillors, a level down in the political system, may well be next in line given the landslide victory for pro-democracy candidates in elections a year ago. The ousting of LegCo members is only a part of the campaign to cow dissent after last year’s extraordinary protests, which, at their height, saw one in four people take to the streets. The national security law was a decisive blow to Hong Kong’s freedoms, and since then repression has sharply escalated.

Schools, libraries and booksellers have been told to remove books that might break the new law. Hong Kong University sacked the leading legal scholar and activist Benny Tai. Teachers, too, are under growing scrutiny. Last week, a journalist was charged over her work on a report relating to alleged police misconduct during the protests last year. The judiciary, seen by many as the last line of defence – and essential to Hong Kong’s status as an international financial centre – is also under attack. Pro-Beijing legislators and newspapers have targeted judges and even the chief justice. Though key components of a democratic society have been targeted, the menace is more general: a new hotline for informers reportedly received 2,500 tipoffs about breaches of the national security law in a day.

As the mood darkens, some Hong Kongers are voting with their feet: the UK expects hundreds of thousands to arrive under new visa provisions. Others are determined not to give up, as hopeless as their cause seems. They aim at least to keep alive the memory of autonomy, and of information and dissent as part of ordinary life: “We [are] quitting this term, this legislature … We are not quitting Hong Kong’s fight,” said Claudia Mo, one of the resigning lawmakers.

Opposition in the legislature is over. The resistance in society endures. 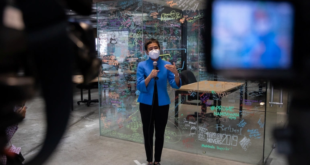 Women journalists are facing a growing threat online and offline 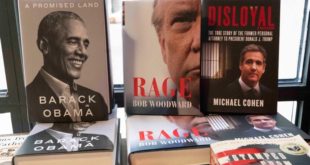 Obama’s (not so) promising land 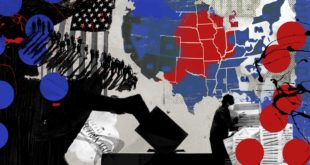 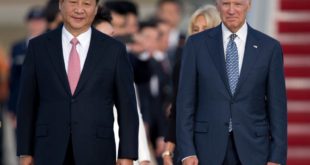 No Matter Who Wins the U.S. Election, Relations With China Are at a Crossroads

With U.S.-China relations at a decades-long nadir, it was fitting that Xi threw down the gauntlet on the anniversary of one of the only times the People’s Liberation Army and U.S. troops have faced off on the battlefield—a conflict still known in China as the “War to Resist U.S. Aggression and Aid Korea.”