The moderate Justice and Development Party may have lost control of Parliament, according to early results, in the latest defeat for Islamists in the region.

Morocco’s moderate Islamist party suffered major losses in parliamentary elections on Wednesday, a stinging setback in one of the last countries where Islamists had risen to power after the Arab Spring protests.

Moroccans cast ballots in legislative, municipal and regional races, the first such votes in the country since the start of the coronavirus pandemic.

Despite turnout figures showing nearly half of Moroccans didn’t cast a ballot, the results were clear: The Justice and Development Party, the moderate Islamists known as the PJD, who have held power since 2011, faced steep losses up and down the ballot — enough to lose control of Parliament.

With most of the votes counted, the winners included the National Rally of Independents (with 97 seats, according to the Interior Ministry) and the conservative Istiqlal party, both seen as closely aligned with the monarchy. The PJD had 12, according to early results.

Any changing of the guard, however, is unlikely to herald major policy shifts in a country where the royal palace has long been in command. While Morocco is officially a constitutional monarchy, its Parliament lacks the power to overrule the will of Mohammed VI, said Saloua Zerhouni, a political science professor in the capital, Rabat.

“The monarchy will continue to control political parties, undermine the powers of government and the Parliament, and position itself as the sole effective political institution,” Ms. Zerhouni said.

But the result did show one thing: the diminishing space that Islamists now find for themselves in the Middle East and North Africa.

After the pro-democracy protests of the Arab Spring in 2011, many Islamist parties were allowed to run in elections, in some cases for the first time. They swept parliamentary seats in some countries and took power in others, including in Morocco, where overhauls by Mohammed VI paved the way for the PJD to form a governing coalition.

But the tide eventually turned against the Islamists. In Egypt in 2013, a coup deposed the Muslim Brotherhood, leading to its current dictatorship. This year, President Kais Saied of Tunisia suspended Parliament, which was controlled by moderate Islamists, in what many countries described as a coup.

In Morocco, the moderate Islamists made little headway on any agendas of their own, with key ministries like foreign affairs and industry being controlled by other parties. When Morocco’s king decided to make a deal last year with Israel to normalize relations, there was nothing Islamists could do to stop a move they bitterly opposed.

“Most Moroccans across the country, across educational levels, have a pretty healthy dose of political skepticism” and saw that the Islamists had little real power, said Vish Sakthivel, a postdoctoral associate in Middle East studies at Yale University.

And as the pandemic swept through Morocco, the royal palace was seen as the main driver of relief programs.

“Most of the decisions aimed at alleviating the social and economic effects of the pandemic were associated with the central power, the monarchy,” Ms. Zerhouni said. “Whereas political parties and the Parliament were presented as inactive and awaiting directives from the king.”

The distrust has previously been reflected in low numbers at the polls, including in the past three elections, which averaged a turnout of just 42 percent. And this time, pandemic restrictions forced most campaigning online, alienating many voters without internet access.

A wall in Khemisset, Morocco, painted with the symbols of some of the political parties involved in the elections.

In March, Morocco overhauled its electoral laws, making it more difficult for any party to have a big lead in terms of seats. The leading party will now have to form a coalition government bringing together several parties with different ideologies.

To many, the moves have diluted the power of parties to govern and strengthened the king’s hand — and led some to not cast a ballot at all on Wednesday.

“The room for expression available to citizens to express their grievances has been reduced so much that the only way today to show discontent without repercussions is to abstain from voting because the regime is attentive to the participation rate,” said Amine Zary, 51, who works in the tourism industry in Casablanca and did not vote.

On Morocco’s streets, many pointed to the fact that elections had changed little in the past decade.

Cases of protest by self-immolation continue to make the news, a reminder of the one that set off the initial unrest of the Arab Spring after a fruit seller set himself on fire in 2010 in Tunisia. Beatings by police officers remain frequent. A Moroccan protest movement in 2017 was met with crackdowns. And the government has targeted journalists who have spoken out against oppression.

“I literally have a knot in my stomach because I have a feeling of déjà vu,” said Mouna Afassi, 29, an entrepreneur in Rabat who voted on Wednesday. “I recognize this feeling of hope too well. During five years, they allow us to find the strength to believe it before receiving another slap.”

She added, “I would like to stop thinking about leaving Morocco in order to give my daughter the life I dream of for her.”

The challenges were clear on a recent Saturday when, despite restrictions on campaigning imposed because of the pandemic, volunteers canvassed a residential neighborhood in Rabat. In a small office, members of the Democratic Leftist Federation, a coalition of different parties, convened to bolster their get-out-the vote efforts.

“You have to show the citizens that they are like you,” Nidal Oukacha, 27, a campaign director said to one of the volunteers. “We need to tell people that Morocco can still change.”

But as the team fanned out on bicycles across the district, getting the message out was easier said than done. Many people were not home, and many that were had already made up their minds. A few potential voters listened to the canvassers, but it was not clear whether they would cast ballots in the end.

Leila Idrissi, 59, a physiotherapist and a politician with the nationalist Party of Independence, said Moroccans must not give up on voting even if they are frustrated with political stagnation.

“A lot of promises weren’t kept, especially in the last eight years,” she said. “I tell young people that if they don’t vote, they’re letting people who aren’t competent or ill-intentioned people decide for them. They need to be in charge of their future.” 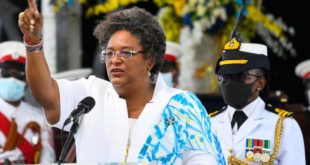 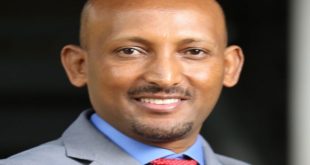 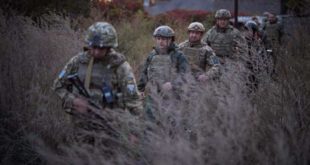 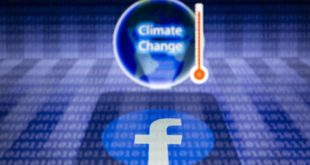