From A Very Stable Genius to After Trump: 2020 in US politics books

The Trump administration, if not the Trump book, is nearly behind us. From Bob Woodward to Barack Obama, what were the best reads of another tumultuous American year?

Along time ago, in 1883, a future president (Woodrow Wilson, a subject of this year’s reckonings) studied political science at Johns Hopkins University in Baltimore, in a classroom in which was inscribed the slogan “History is Past Politics, Politics is Present History”, attributed to Sir John Seeley, a Cambridge professor.

That was before the era of the made-for-campaign book.

Politics books in this election year fell into three broad categories. The ordinary, ranging from “meeting-and-tells” to campaign biographies that outlived their relevance. The interesting, those which made tentative starts at history or contained some important revelations. And the significant, those few whose value should live past this year because they actually changed the narrative – or are simply good or important reads.

Perhaps unsurprisingly, the books also fell in descending categories numerically. Carlos Lozada of the Washington Post read 150 books on Donald Trump and the Trump era for his own book, What Were We Thinking. Virtually all readers, however, will be content with simply a “non-zero” number, to quote a Trump campaign lawyer.

First, the ephemera and the expected offerings of any election year. Scandals in and out of government; tales of the extended Trump family; attempts at self-justification; books, some entertaining, by correspondents; how-to guides to politics meant to be read and applied before November.

The permutations and penumbras of the 2016 campaign continued to produce new books: Peter Strozk’s Compromised is the story of the origin of the investigation into the Trump campaign from one FBI agent’s perspective, strong stuff and persuasive though omitting facts inconvenient to him. Rick Gates’ Wicked Game contains some new inside scoop, but the real stuff presumably went to the Mueller investigation of which Strzok was briefly a part. Donald Trump Jr’s Liberal Privilege had a double mission: to encourage votes for the father in 2020 and perhaps for the son in 2024. American Crisis, New York governor Andrew Cuomo’s early book on the coronavirus outbreak, highlighted his programmatic vision rather than soaring prose, a choice appropriate for the year but quickly forgotten as the pandemic rages on.

Second come those books that made one sit up a bit to pay attention: a new insight, important facts revealed; “worth a detour”, in the language of the Michelin guides. Psychologist and presidential niece Mary Trump’s Too Much and Never Enough explained the pain of the Trump family over two generations and how that pain has influenced our national life for ill. David Frum was among the first to predict Trump’s authoritarian dangers. This year, Trumpocalpyse, well-written and insightful as always, focused on the attacks on the rule of law and “white ethnic chauvinism” as hallmarks of Trumpism, whether its supporters are poor or elite. Carol Leonnig and Philip Rucker, Pulitzer-winning Post reporters, chronicled Trump more deeply and successfully than most in A Very Stable Genius. Trump’s anger at the book showed they hit their target.

Stuart Stevens’ It Was All a Lie takes Republican history back a few decades in a punchy mea culpa whose themes will be important in the debate over the future of the GOP. Among the Democrats, a rare good work by a politician, Stacey Abrams’ Our Time Is Now, as well as her triumph in political organizing in Georgia, marks her as an important force.

For quality in financial journalism and the importance of its topic, not least to current and future investigations of Trump and the Trump Organization, Dark Towers by David Enrich on Deutsche Bank offers as full an analysis of the bank and its relation to Trump as is likely to be public absent a further court case in New York.

Andrew Weissmann, a senior prosecutor with the Mueller investigation, wrote Where Law Ends, a strongly-written account in which he regrets his boss not having pursued further, notably in not issuing a subpoena to Trump and then in not making a formal determination as to whether the president would be charged with obstruction of justice. Weissmann’s frustration is understandable, but readers may judge for themselves how fair or not he is to the pressures and formal restrictions on Mueller himself. 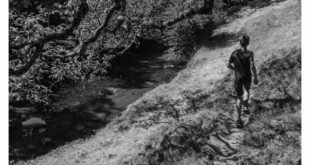 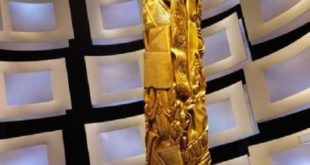 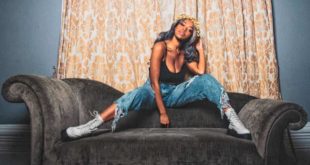 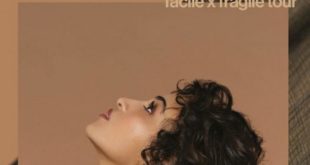