Demonstrators in central Algiers on Monday chanted slogans against the country’s powerful military and President Abdelmadjid Tebboune as they marched towards the iconic Grand Poste building.

“We are not here to celebrate, we are here to demand your departure,” one placard read.

Security checkpoints created traffic jams across the city, with identity checks carried out around key flashpoints. Several arrests were made.

Police tried to block protesters from gathering around the Grand Poste, the epicentre of protests against Bouteflika.

Elsewhere in the country, marches were being held Monday including in Annaba, Oran, Setif and Mostaganem, according to witnesses and accounts on social media.

Origins of the movement

Tens of thousands of people took to the streets on February 22, 2019, to protest against Bouteflika’s bid for a fifth term in office, despite his failing health.

The octogenarian gave in to public pressure, announcing in early April his decision to step down after 20 years in power.

But demonstrations did not stop. People continued staging rallies on a weekly basis to demand a complete overhaul of the political system.

The military, seen by many as the arbiter of power, resisted popular demands for change, pressing ahead with a presidential election in December 2019, which saw Tebboune elected on a record low voter turnout of just under 40 percent.

Protesters had only suspended marches last March due to coronavirus restrictions, but calls circulated on social media for a return to the streets from Monday.

On the eve of the anniversary, Tebboune announced a limited government reshuffle, in a bid to head off renewed rallies.

The reshuffle saw few major changes by Tebboune, who was once a prime minister under Bouteflika.

Among those retained are Prime Minister Abdelaziz Djerad and Justice Minister Belkacem Zeghmati, seen as a symbol of Algeria’s judicial crackdown on protesters and opposition activists.

Tebboune also signed a decree dissolving parliament, clearing the way for early elections, for which no date has yet been set. 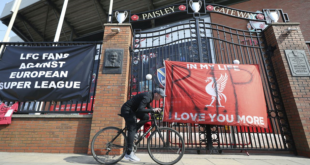 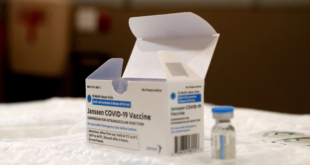 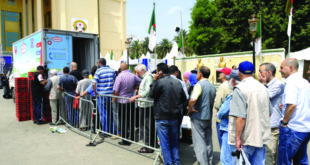 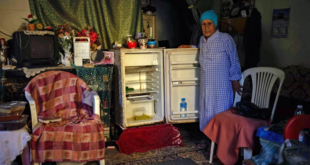 ‘No food in the fridge’: A gruelling Ramadan in Lebanon

For the past decade, Sawa For Development and Aid has been delivering evening iftar meals for about 4,000 families breaking the daily fast during Ramadan in Lebanon’s eastern Bekaa Valley.